What is SaaS? A Guide to Cloud-Based Software as a Service 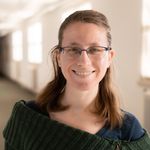 SaaS, better known as software-as-a-service or cloud-based software, has become a popular option for running a modern company. It’s no surprise one of the fundamental questions surrounding every software purchasing decision seems to be: should we move operations to the cloud via an SaaS?

Yet what is SaaS? How does it work and what are the benefits?

SaaS stands for software-as-a-service. As the name suggests, this is essentially akin to “renting” a software license via subscription model instead of purchasing it outright. Traditional software is usually installed on-premise on dedicated servers and only accessible on certain devices. In contrast, SaaS products are cloud-based, accessible from any traditional web browser. This type of software is not limited to a specific hardware on a workstation or mobile device.

Thanks to SaaS, popular business applications can be accessed by users at any time as long as they have an internet connection. This is particularly useful for global institutions with offices located around the world. And SaaS often includes IT support from the developer, which cuts down on troubleshooting and maintenance costs for your company.

Software as a Service: Why Now?

Ever since the rise of internet services, an increasing number of companies no longer have any software on their servers. The growing trend is the migration of traditional business tools and services to third-party, web-hosted software. With the software-as-a-service model, there is no software hosted on premise. Instead, the SaaS provider hosts the software on a weekly, monthly, or annual contract basis. Access to your business applications, tools and information is then delivered via the internet.

SaaS vendors transform software from a licensed, in-house product to a leased service. Since companies no longer own the software, they don’t buy it either. Rather than making a capital expenditure, subscription fee payments are spread over time. As companies look to reduce overhead costs without sacrificing functionality, SaaS has become the go-to option.

The increased popularity of SaaS is also the result of some larger technological trends. Confidence in online services has never been higher. Broadband access is ubiquitous. Cloud services have become commonplace. For the average user, banking, shopping, and communicating online is second nature. SaaS vendors have responded to these changes by increasingly making customizable cloud-based applications over traditional software.

Customer appetite for SaaS offerings is growing too. Every year Software Connect experts talk to thousands of companies looking for accounting software, customer relationship management (CRM) solutions, and more. In 2010, 10% of the buyers we spoke to indicated they “preferred” to have their software hosted externally, off-premise by a service provider. By 2013, this percentage rose to 28%, and has only continued to grow. Today, it is practically the default option for most popular software vendors.

Experts are somewhat divided on the issue as to which software delivery method offers the best security. As the cloud computing model has matured and has been deployed in many Fortune 500 companies (Geekwire.com reported that 50% of the Fortune 500 uses Microsoft’s Azure cloud platform), many companies have set aside security concerns to embrace advantages of the platform.

Companies hosting their own software may not be able to similarly transfer these financial risks to a third-party. Additionally, organizations like the Cloud Security Alliance have been doing work to establish and publicize fundamental security principles and standards to cloud developers and providers. Bruce Guptill, Senior Vice President and Head of Research at Saugatuck Technology, an IT consulting firm, summarized the thoughts of many experts when he noted: “The growing prevalence of cloud IT use, including communication and interaction throughout multiple ‘Internets of things,’ can deliver vastly improved security that reduces the risk of data loss and system breaches by improving the ability to secure, monitor, and manage devices and software.” (Security Concerns: How Cloud Will Protect “The Internet of Things”)

On the other hand, hosted software does rely on information passing through the public internet, where it may be more prone to security attacks. In the same publication where Saugutck Technology lauded the capabilities of the cloud to improve security, they also presented research indicating “data security/privacy concerns” may deter cloud “acquisition and use” among IT and business leaders.

The question of which approach offers the best value is also a matter of debate. Outsourcing to SaaS hosting eliminates a number of direct overhead costs. Dedicated physical resources such as servers are not required. As the responsibility for maintaining and updating the software is shifted to a third-party, there are also fewer human resource demands. Reducing the need for support staff can provide savings in salaries, health care, liabilities, and training.

Proponents of network-based solutions point out, however, that an SaaS solution doesn’t technically eliminate the costs of hardware. The argument is that SaaS options simply bundle the costs associated with hardware in with the licensing cost for the software. A similar argument applies to the human resources needed to maintain software. At the end of the day, experts still need to be paid, whether the costs of these human resources are bundled into the leased SaaS price or are part of a company’s payroll.

Many of the cost advantages associated with SaaS have to do with economies of scale. If your organization is a large company with significant human and physical assets in place already, you may not see the same impact from SaaS as a start-up who doesn’t need to hire staff or purchase servers because of SaaS adoption. On the other hand, eliminating the operational costs of a data center from your operating budget may represent a significant cost advantage, no matter the size of your organization.

There is no easy answer to the question of whether network-based solutions or SaaS options provide the lowest costs. Ultimately, many of the same analysis techniques needed to compare traditional approaches to software will apply to making the decision about whether to select web-hosted software. For an interesting exploration of hypothetical costs related to different deployment options, check out the article, “ERP Software Cost Comparison” by Doug Johnson from Acumatica (a company which offers on-premise, hosted, and fully SaaS deployment options) at ERPCloudNews.com or get more information on cloud-based ERP software.

An important element of the cost consideration when looking at on-premise versus SaaS options is considering not only the question of how much the software will cost, but when payment is required. One of the most attractive aspects of the SaaS model to many buyers is the ability to pay for software over time. Instead of making an investment of tens of thousands of dollars upfront, companies can now access equivalent levels of functionality, transferring a majority of costs to a monthly bill. To simplify the math, rather than spending $50,000 outright, in some cases companies can make a $50,000 investment over the course of 5 years at under $1,000 a month.

Providing uniform access to technology for workers operating out of multiple locations has always been a challenge. The challenge of remote users has never been more more of an issue than right now, as a growing portion of employees work from home (16 million according to GlobalWorkPlaceAnalytics.com). The SaaS model offers a solution to this difficult problem. With cloud-hosted software, all that’s needed to access the software is an internet connection, a web browser, and the proper authentication credentials.

SaaS offers a simple approach to extending functionality to remote staff, but it isn’t the only approach available. There are a variety of remote connectivity options available to companies that allow for employees to access software hosted within the network. Examples of remote access technologies include: VPN’s, Windows Remote Desktop, and Citrix Go to My PC.

For most companies, the software needs of today may not be exactly the same as the needs of tomorrow. Software-as-a-service is well-adapted to this reality, as SaaS enables new applications and features on demand. The ability to add AND remove functionality, only paying for what is being used, makes this style of deployment a compelling option for a growing organization.

SaaS is also inherently scalable. Adding users does not require any client side software implementation. Changes to user counts can be made as required, allowing licensing decisions to be based on the needs of today, rather than guesses about the future.

While the SaaS model offers some unique advantages in terms of system scalability, so does the network-based approach. By owning your own software and having it located in-house, it may be easier to customize the software without relying on an intermediary. Additionally, many companies often look to augment their software with add-on modules. If the SaaS provider is not familiar with the other software, it may not be possible to create the necessary integration.

Looking for a new SaaS software for your business? Get free help from one of our software advisors.

Talk with an advisor
Get a free consultation from an independent software expert.
Or, call toll-free: (800) 827-1151