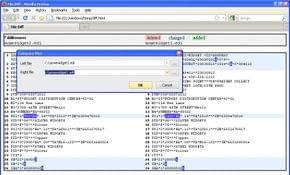 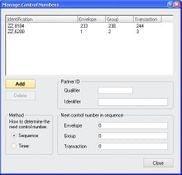 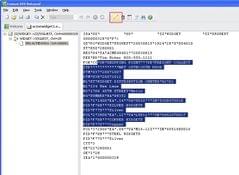 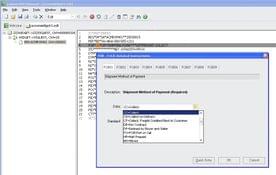 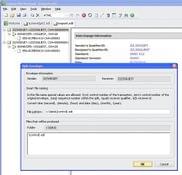 Liaison EDI Notepad is no longer sold or supported. Liaison was acquired by OpenText on 12/17/2018. Liaison is expected to be on the OpenText target operating model within the first twelve months after closing.

Enjoyed by tens of thousands of EDI professionals around the world, and supporting ANSI X12, EDIFACT, and TRADACOMS standards, EDI Notepad Professional gives you the unsurpassed utility and efficiency that makes EDI work for you.

EDI Notepad’s desktop is divided into two panes. The left pane displays a nested EDI structure tree that represents the toplevel EDI envelope, its EDI groups (if applicable) and the EDI transactions found within each group. When you highlight an envelope, group, or transaction node from the left pane, EDI Notepad displays its details in the right pane.

Raw EDI is not a visually friendly data format. Distracting delimiters and ambiguously named segments make it difficult to read. EDI Notepad’s HTML view displays EDI transaction sets as attractive business documents. If you’re looking to easily read or comprehend the information contained in an EDI document, this is the ideal viewing mode.

EDI Notepad’s edit view displays EDI transaction sets in a columnar format. The left column can either display a segment’s formal name or a segment’s position in the EDI document. The right column displays the EDI segment and its accompanying elements. The edit view is the viewing mode you will use to modify or build EDI transactions.

EDI Notepad’s text view displays, in a native EDI format, all the envelopes, groups, and transaction sets included in the current EDI batch.

EDI Notepad’s hex view displays, in a hexadecimal format, all the envelopes, groups, and transaction sets included in the current EDI batch. The hex view is helpful when you need to see nonprintable characters.

Syntax Validation A missing element or out-of-place character can cause an entire EDI transaction to be rejected. In EDI Notepad, the offending error is immediately identified with a visual highlight and, if desired, accompanied by a detailed error report. Once the error is found, it’s easily corrected using EDI Notepad’s editing tools. Using the syntax set forth by the EDI standard and version, EDI Notepad validates for:

We’re not kidding when we call EDI Notepad the ultimate EDI editor. Using EDI Notepad’s editing tools, you can extensively manipulate your EDI files. Because EDI Notepad supports the insertion of segments and elements, you can even build EDI documents from scratch.

If you’d like to isolate a single interchange (i.e. envelope) from a batch of interchanges, you can export it to a new file. EDI Notepad exports the envelope, its associated groups, and its groups’ associated transactions.

The process of building EDI from scratch in EDI Notepad consists of a series of nested insertions. Create an envelope, then insert a group into the envelope (if applicable), then insert one or more transactions into the group, and, finally, insert segments and elements into the new transactions. At each new insertion, EDI Notepad will prompt you for the data that is necessary to create compliant EDI.

Other Software by Liaison Technologies

No reviews have been submitted. Do you use Liaison EDI Notepad? Have you considered it as part of your software evaluation process? Share your perspective by writing a review, and help other organizations like yours make smarter, more informed software selection decisions!