Tools of the Modern Manufacturer, 2017 Report 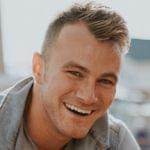 Every year we speak to thousands of manufacturers who contact us for advice on software to help manage operations. Through these regular conversations we discover new trends in the industry.

In September 2017 we surveyed previous contacts: 154 small to midsize (SMB) manufacturers in North America. This report summarizes the results, explores their current technology landscape, and shares expected changes over the next three years.

Wasp’s report spanned several industries, with just eight percent of respondents coming from manufacturing backgrounds and a little more than 12 percent part of the supply chain. Though the two surveys polled at different times, it’s fairly clear that SMB manufacturers are more likely than other businesses to rely on inventory tracking software.

On the other hand, nearly one in five (19 percent) SMB manufacturing professionals say they “always” rely on manual methods to accomplish basic business functions. While it’s unlikely digital tools will ever completely replace the need for manual output, nearly 20 percent of respondents are putting themselves at a great disadvantage compared to enterprise manufacturers and even other SMBs.

When it comes to cloud adoption, SMB manufacturers are hesitant to invest in cloud computing software. More than half (51 percent) say they do not use or have plans to use cloud tools, while 16 percent plan to adopt the cloud in the future and just 11 percent reported using the cloud at the time of the survey. Twenty-two percent were unsure.

Furthermore, when advising companies, we always ask “are you open to reviewing hosted/cloud software?” We’ve found that manufacturers are as high as five percent less likely to even consider cloud-hosted systems when compared to all other industries.

Several reports indicate security remains a chief concern when it comes to cloud adoption across all industries–leading many business leaders to consider hybrid environments–but many experts suggest SaaS tools can actually be more secure than their on-premise counterparts.

For manufacturers, security may not be the top deterrent; it could simply be difficult to control “legacy” equipment with cloud software or MES systems may be better positioned for on-premise servers. Still, cloud tools offer a variety of attractive benefits, including enhanced performance, flexibility, scalability, extensibility and in some cases, more accessible IT support. Because it requires less hardware and specialized IT knowledge, it can also be significantly less expensive.

Perhaps SMB manufacturers’ reliance on mobile-tech affects cloud software preferences. Overwhelmingly manufacturers do not rely on mobile applications. Two-thirds of manufacturers say they “never” or “seldom” use mobile/tablet apps to run operations. Inversely, two-thirds of distribution professionals said in 2013 they planned to use mobile devices to manage their inventory.

While 65 percent of SMB manufacturing professionals say they are satisfied with the level and pace of their company’s digital transformation, the remaining 35 percent say they are not.

Future of the Industry

Looking ahead, more than one in four (27 percent) respondents say their companies plan to buy or upgrade their MRP software within the next 12 months.

Functionality is the top consideration for choosing new MRP software, according to 40 percent of respondents. Cost (18 percent), ease of use (18 percent) and a tool’s ability to integrate with existing software (21 percent) were virtually tied for second place.

When it comes to specialized technology, 21 percent are planning to invest in MES and 15 percent in robotics in the next three years. Twelve percent of SMB manufacturers will adopt 3D printing and five percent are considering other technologies. It’s worth noting this falls short of estimates from a similar Deloitte survey of supply chain leaders, many at the enterprise level. Deloitte’s report indicates robotics and automation adoption will reach 74 percent by 2027.

Though cutting-edge tools are out of reach for the majority of SMB manufacturers, many respondents plan to invest more in technology–or at least continue to invest at the same level–in the next year. New investments could include industry-specific tools, less specialized software or more licenses or premium features for existing solutions. Forty nine percent believe costs will remain about the same and just 14 percent expect to decrease their investment.

Conducted in September 2017, this survey queried 154 manufacturing professionals from North America, with more than three quarters of the respondents coming from the United States. Ninety-five percent come from manufacturing businesses with fewer than 500 staff members, and 76 percent reported less than 100 employees. However, the physical sizes of the respondents’ operations varied; nearly a third (32 percent) reported working in facilities with less than 10,000 square feet, while 41 percent work in facilities with 25,000 square feet or more.

Talk with an advisor
Get a free consultation from an independent manufacturing software expert.
Or, call toll-free: (800) 827-1151